Our oceans provide the air we breathe, food we eat, recreation, transportation and climate regulation.

Without a healthy marine ecosystem, not only will marine life suffer, we will too.
Can we create balance again in the deep blue oceans?

Absolutely! How can I help?
Written by Jess Lohmann and Harkiran Bharij

If we continue to destroy marine biodiversity at the current rate, we will witness the massive extinction of many different species, including our own. Not today, but another day.

Current efforts to protect marine environments are being made, however, they are not yet meeting the urgent need to safeguard these places. These efforts need to be accompanied with action from individuals and businesses. From you and me. We can no longer rely on the government to fix all of our problems. We all have the opportunity and responsibility to take action on Sustainable Development Goal #14: Life Below Water.

That may sound overwhelming and scary, but it isn’t. We, the people, have the power, resources, knowledge to heal and protect marine ecosystems. It’s all about passion and fun learning. For you and your family. Our oceans are our children’s life support.

“Conserve and sustainably use the oceans, seas and marine resources for sustainable development”

So much about our deep blue oceans remain a mystery, filled with stories of our imagination, written in books, fairy tales, songs, poems, etc.

With the equipment we have today, we’ve already solved many mysteries and are discovering new species on a regular basis. With our scientific knowledge, we can now see the danger we put ourselves in.

What’s at stake in our deep oceans:

When the pH levels in an ocean decrease over a long period of time, this is called acidification. This mainly occurs when there’s an increase of CO2 in our atmosphere.

The industrial revolution over 200 years ago has caused a tremendous increase in CO2. Because of this, the pH level in our oceans has dropped to 8.1 pH units, which is a .1 decrease. This may not seem like a big difference, but it means an approximate 30% increase in acidity which is huge.

What happens when oceans acidify?

According to the IUU Watch, the International Plan of Action to Prevent, Deter, and Eliminate Illegal Unreported and Unregulated Fishing (IUU) defines IUU as “activities that contravene national laws and regulations, the conservation and management measures of Regional Fishery Management Organisations (RFMOs) and, where relevant, international law”.

What happens when fish are exploited?

Not only is marine life stolen from their homes to be sold on the illegal food market or for our own entertainment (think of aquariums in large parks, restaurants, hotels and living rooms), larger predators and protectors of the oceans are being painfully killed for their parts at an enormous rate. We’ll just explore two renowned crimes: shark finning and whaling. Unfortunately, there are more marine life crimes!

SHARK FINNING
Shark finning is the act of cutting off the fins of sharks only to thrown them back into the ocean left to die slowly from blood loss, predation or suffocation, whichever comes first. Sharks have to continuously swim to be able to pump oxygen-bearing water into and carbon dioxide out of their gills and without their fins, they can’t breathe.

Shark fins are used in TCM (Traditional Chinese Medicine) and also as an expensive delicacy to make soup. Their fins are made of cartilage which virtually has no nutritional value.

An estimated 100 million or more sharks per year are killed in this way, upsetting ocean biodiversity and driving many species into extinction.

Keeping the Balance
With over 500 different species, sharks are top predators and vital members of many different marine ecosystems around the world. They prey on many different kinds of weak, ill and old fish because they’re easy to catch. This helps prevent the spreading of disease and keeps fish populations healthy, ensuring the survival of the fittest principle. Because their diets are diverse, they don’t deplete entire species, but move on to where food is plentiful.

They also maintain seagrass meadows, hunt harbor seals to prevent them from driving the walleye pollock into extinction, protect coral reef systems, maintain carbon cycle in the ocean and much more.

By 2021, almost all known shark species have been assessed on a global level using the IUCN Red List categories and criteria.

Sharks are amongst the oldest animals on Earth, having swum our oceans for over 400 million years. They survived the dinosaurs and yet, many species are now facing extinction and one reason is finning!

WHALING
Although commercial whaling was banned in 1986, this extremely old tradition is still being practiced in Norway, Japan and Iceland, killing nearly 40,000 large whales since then.

Minke, Humpback, Sperm, Western Gray and the endangered North Pacific Right whales face a terrifying death to hunters in the ocean. Their oil, meat and blubber are sold for medicine and pet and human food. It’s big business and also very dangerous for those who try to get in the way of a whaler ‘doing his job’.

An additional 100,000 dolphins (over 56 different species), small whales and porpoises are also killed worldwide each year. Their body parts are used for food for humans and as bait in fisheries. In Taiji, Japan, young cetaceans are taken to be held in captivity for human entertainment.

Whales are important to keep the balance in an ocean, just like sharks. They have also taught us about the way they communicate, through echolocation and other language forms. The Humpback Whale uses a mating song when the time is ripe!

There are several Critically Endangered (CR) whale species including the North Atlantic Right Whale and Beluga on the IUCN Red List.

No US American will forget the ad campaign about pollution from Keep America Beautiful called “The Crying Indian” (even though the actor was Italian) which ran from 1961-1983. Its TV commercial debut was on Earth Day 1971. The intention was to spread awareness and inspire action and it certainly was successful. The simple and true slogan: “People Start Pollution. People can stop it.” This one ad helped reduce litter by 88% across 38 states, but, it didn’t stop it completely.

PLASTIC
Just that one word sends a chill down many people’s spine. It seems that everyone on this planet is now aware of the problems of plastic which is a good thing. How can such a incredibly versatile and easy-to-make material become a main killer of marine life?

Shouldn’t we have seen this coming? What goes up, must come down. What isn’t biodegradable, will pile up. That certainly makes sense, but what we didn’t realize is just how much waste ends up in our oceans.

In the 1960s was when plastic was discovered to be the perfect packaging material and bam, it was commercialized. Today, it’s estimated to be 300 million tons of plastic produced every year and although we’ll never know for sure, it’s estimated to be around 150 million metric tons of plastic swimming in our oceans. A metric ton is 1000 kg (2,205 lbs), making it a number I can’t even write out, it’s so long! That’s an unfathomable amount of garbage!

In 2018, it was estimated that 808 trillion plastic microbeads went down the drain every day in the US, with ‘only’ eight trillion passing through water treatment plants to land in lakes, rivers and oceans. Plastic microbeads and microfibers are found in many different products: Clothes (polyester), toothpaste, personal care products for exfoliation, in the medical field, etc.

TOXINS & CHEMICALS
Not only does plastic kill marine life, we’ve also seen what oil spills have caused. Thousands of oil spills occur each year in US waters, but we usually don’t hear about them. They are ‘small’ and happen when refueling a ship. Oops! Unfortunately, they cause damage to beaches, mangroves and wetlands.

Dangerous spills occur when a pipeline breaks, oil tanker sinks or something goes wrong during drilling. Recovery for all wildlife after a huge spill is impossible because it’s difficult to locate and catch animals in order to clean and rehabilitate them. Some are just too big, like whales, and the affected area is so large.

Advances are being made in the way of prevention and cleanup knowledge, but we’re far away from stopping them 100%.

Blue-green algae (cyanobacteria) is a deadly bacteria that has been known to kill water-loving animals, including dogs. It’s caused by climate change as well as human sewage and fertilizers running into lakes and rivers. It’s the reason why Florida has forbade swimming in certain beach areas and deemed the summer of 2013 as the ‘Toxic Summer’. At least one manatee as well as fish and shellfish died and made those humans who’ve touched it, ill with diarrhea, vomiting, etc.

Other toxins in our oceans include mercury caused by vehicle exhaust from boats and cars as well as coal-fired power plants. Dolphins and humans are most affected by mercury poisoning.

There are more than 100,000 chemicals manufactured by humans which land in our oceans some way or another. And so, when we read about mass graves of marine life, many times, we find out it’s due to chemical poisoning.

And let’s not forget about noise pollution in the form of military sonar interference that detect sound waves to identify underwater objects, identify large areas of natural gas or oil reserves, map out the ocean floor, etc. Animals who are sensitive to intense sound waves, such as whales, dolphins and porpoises are in danger. This interference of their natural world disrupts their breeding and feeding patterns, and even migrations. Whales have been known to swim hundreds of miles to escape these intense sound waves and in doing so, they’ve abandoned their pods or calves, and have even beached themselves, which sadly looks and feels like suicide.

If we fail to reach SDG #14: Life Below Water, upcoming generations won’t be walking on the same planet that we live on today.

Live below water will suffer tremendously or die and life on Earth will be very challenging.

The UN set ten targets for the Sustainable Development Goal #14: Life Below Water:

Not all targets have been met by the dates prognosed above and yet, some progress has been made:

Since much more action is needed to reach this goal, each and every human on this planet is called to step in and do their part. This may seem overwhelming, however, there are easy steps to take that can make a big difference in the grand scheme of things.

The key here is to take one step at a time and always remember that you are not alone.

All of these steps below start with a positive mindset. Let your creative juices flow while asking yourself critical questions and have fun with it.

This is a communal effort. so please involve your family in the planning and decision making process. Especially your children no matter how old they are. These are activities the entire family can enjoy together.

Fun and easy things you can do:

Thank you for caring about marine life!

Read about the other Sustainable Development Goals for Nature 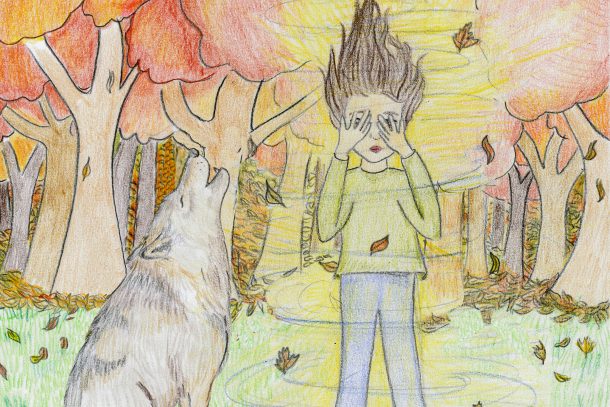 Do You & Your Kids Love Animals?

Join hundreds of other animal lovers and receive updates on future book releases, exclusive offers and events, fun stuff to do in nature, tips on sustainable living and more.

Thank you for signing up! You just have to confirm your email, so check your inbox now!